Let’s briefly look at the way you would use UIAlertView in the past. Before iOS 8 you would have to do something similar to the following to show a simple UIAlertView:

The above code produces the following alert:

Another thing that you would have to do is to implement UIAlertViewDelegate. This would enable you to get notified when user interacts with your alert view.

Granted the above code is not complicated but it feels somewhat wrong.

Here is an example that uses UIAlertController to present an alert:

The first step is to create the controller. There are couple of things you need to specify: title, message and style of the alert (see below). In this particular scenario we want to show an alert so we choose .Alert as our style.

Creating the controller is not enough to have fully functioning alert. In most cases you want some feedback from the user. UIAlertAction represents an action that can be chosen by the user. In the above scenario we have three different actions: Ok, Destroy and Cancel. Notice that each one of them has different style(UIAlertActionStyle) and allows you to pass a block to execute when the particular action is chosen.

There are three different styles that can be used with the action: 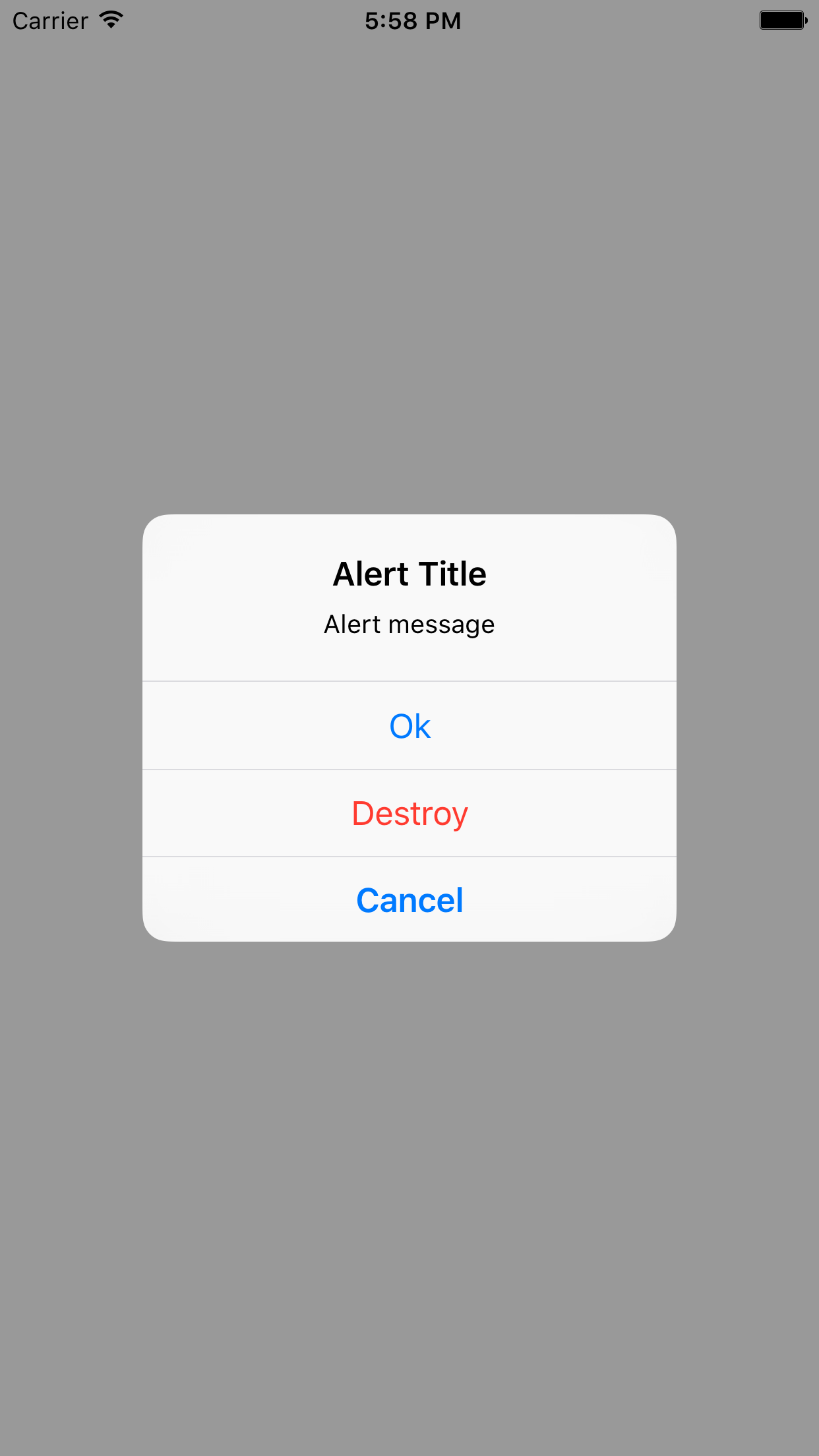 UIAlertController replaced both UIAlertView and UIActionSheet. Therefore, Apple provided UIAlertControllerStyle enum which allows us to select which presentation mode should be used. As you might expect it contains only two values .Alert and .ActionSheet

Adding text views to alerts is as simple as adding actions. Consider the following sample:

Again I created an UIAlertController but this time I also added a text field. When creating text field you may want to provide configuration block in which you can configure your text view. In the case above I set the placeholder text. The okAction changed a bit. The first thing I did was to grab the text view from the alert controller so that I could access the value and print it in the console

Here is how the alert looks when presented with a text field:

As you saw above the improvement that came with UIAlertController is in my opinion quite big. Finally the alert view can be treated as any other view controller in an application. There is also no need for implementing a delegate since you directly provide lambdas that handle interactions with a given button.